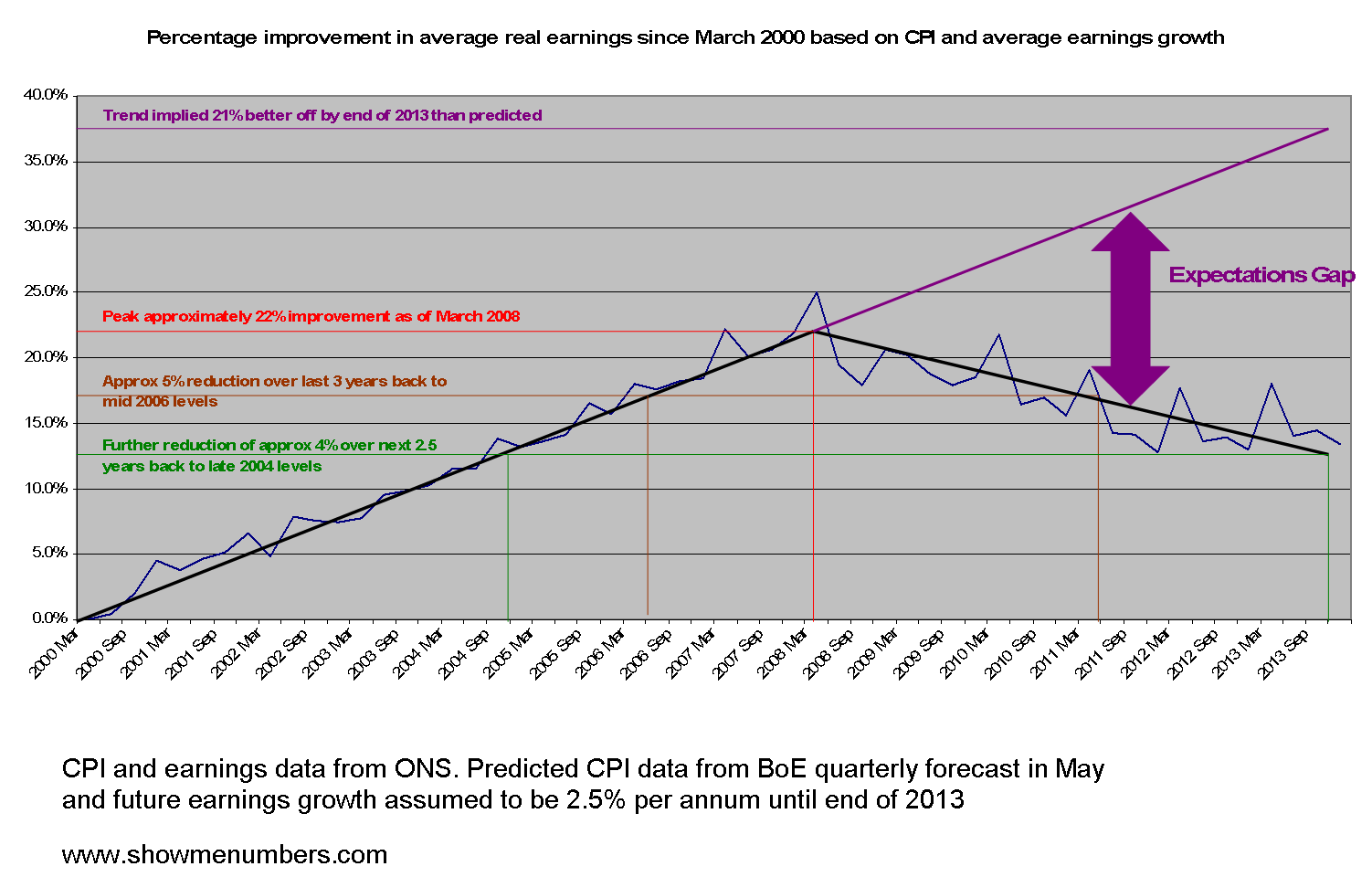 With the latest inflation figures and earnings growth being announced this week there has been a lot of talk about the squeezing of real incomes. A few weeks ago I put together this graph but hadn’t got round to publishing it.

The graph shows the trend in average real earnings (the black line) based on earnings growth less the CPI measure of inflation since 2000. I used CPI to reflect buying power though some might suggest RPI would be better to reflect total living costs. However I suspect the story would be similar. The future data is based on the May Bank of England quarterly inflation report and I have assumed earnings growth of 2.5% per annum for the next two and half years.

You can see that the trendline steadily rises to a peak in March 2008 when on average we were around 22% better off apparently than eight years before.

But worse still is the “Expectations Gap”. This represents the difference between what we would have expected had the pre recessionary trend continued and what we are actually likely to experience.

No wonder it feels so painful.