Following my recent podcast for PRWeek  on this years Top 150 (note requires subscription) I promised some detail on my findings. Since then there has been some debate about the worth of the table itself. From my point of view the table has two potential uses.

1. Ranking who are the largest (by income) PR Agencies in the UK
2. Showing how the PR industry is performing and the strategies that appear to be employed

Given that a substantial number of the largest entrants do not submit audited numbers (we will call these the Sarbanes agencies) I can understand why some have criticised its validity for the first use. Though I would humbly suggest that it isÂ likely that the majority of the agencies that don’t submit figures would still occupy similar places to those estimated. Just not necessarily in the specific order.

But I definitely think the table has value for the second use. Allowing for agencies that have not submitted figures, or only have figures for one of the years, there are still 121 agencies in the list for which full figures have been supplied (we will call these the Audited agencies). These agencies account for approximately 60% of the combined income of the Top 150 and around two thirds of the staff. As a sample of the performance of the industry this is still a significant snap shot.

So I am going to leave the debate around point 1 to others and focus on the areas I discussed on the podcast around point 2.

What do we find?

Pretty consistent. And don’t think that’s because the Sarbanes estimates are all just the same. In fact the estimates range from a 22% reduction for one agency to a 36% increase for a couple of others.

Again fairly consistent and again the estimates for the Sarbanes agencies do vary a lot from a reduction of 29% in one to an increase of 24% in another.

But it is when you dig deeper, as I stated in the podcast, that you find the really interesting numbers.

Here are tables that stratify each of the groups based on their change in staff numbers year on year.

What you can see from the tables is that they are consistent in showing the following:

– The Reduction group is the largest by value of income in both cases. By value almost half of agencies reduced headcount in 2008 according to these numbers.

– The Reduction group increased income per head by the biggest percentage – 15% in the Audited agencies case 16% in the Sarbanes case.

– The Significant increase group achieved the highest income increase in both cases (19% Audited; 22% Sarbanes) but the smallest increase in income per head – 0% Audited and 8% Sarbanes.

1. The data consistently tells the same story whether audited or estimated. This is despite the significant variability in those estimates.

2. The headline numbers hide a wide variation in strategies that agencies have apparently being employing:

The question this poses is which of these groups are best placed for this year?

Or have those that have gone for an early reduction in headcount made the right call by reducing their cost bases before the recession bit the hardest?

I would be very interested to know the thoughts of those of you who have first hand experience of this discussion.

I have just got back from a few days at the annual Communication Directors’ Forum. At the event I got to speak to many key communications professionals from some of the UK’s most well known brands. The common questions that I was asked were about how the online world was changing and why all the fuss about Twitter?

Apart from the obvious celebrity focus, Twitter’s success, in my view, is down to a number of factors, the three primary ones being:

It is these three characteristics that I see as being key to the further development of online communications in the future. 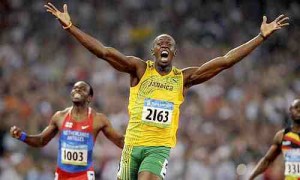 When the Internet first appeared speed of communications was a key area everyone focussed on. We were all now “surfing the information superhighway”. No more relying on snail mail or faxes, a message could be sent by email or online messenger within minutes. With the advent of blogs and low cost publishing platforms this ability to communicate at speed was then increased in reach with individuals being able to tell their stories to a much wider audience, again within minutes.

Now Twitter has taken the reach of blogs and increased the speed to another level.  News can be written in the time it takes to write 140 characters and passed from person to person via “retweeting” in a matter of a couple of seconds. This means news travels at a much greater speed than even blogs can achieve. 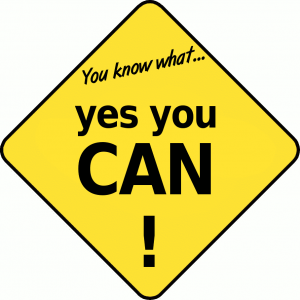 In Twitter’s case if you start to follow me I have three choices. I can say no and block you. I can say yes and follow you back. Both basically the same options as with social networking. But I also have a third option. I can let you follow me, but not follow you back. This allows people who want to know more about a person and what they have to say to listen in without the person you are following having to follow you back. This partially explains the growth in celebrity tweeters. This gives huge amounts of flexibility in the nature of the relationships that participants in the Twitter community can enjoy. 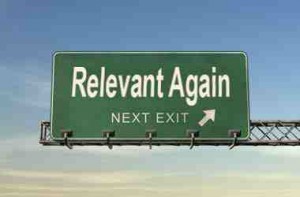 This is crucial in any form of communication as it is only through being relevant to someone that you can ever achieve any form of influence.

The permission choices above allow participants to also have much greater control over the relevance of the information and relationships they have. If I decide that someone I have been following is irrelevant to me I can just stop following them. If I see that someone is talking about a topic that is relevant to me, e.g. a search in Twitter for my company name, I can choose to start following them and listen to what they say and finally I can potentially start a conversation with them about that topic if they want to talk back to me.

But again the other participants also have all of these choices so we are all able to decide who is relevant to us. It is this choice, our own personal relevance filter, which makes for a more efficient dialogue.