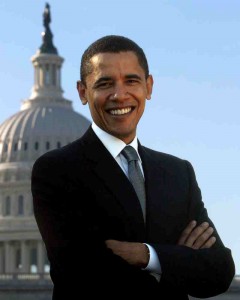 I watched the film of Barack Obama’s nomination and subsequent presidential election campaign, By the People, on iPlayer over the last couple of days. Obviously we all know what a great communicator he is and the significance of his election, but getting to see up close what happened during the nomination and general election campaigns and how both he and the wider campaign team acted and responded was fascinating. As a huge West Wing fan it was like watching a real life version!

The three words that kept coming to my mind were authenticity, humanity and community. In the order of their occurrence in the film these were some bits that stuck out for me.

1. Open and honest with people – refers to his own background and life on a number of occasions including referring to himself as still almost normal and sharing the pain of the loss of his grandmother.
2. Generous when giving credit – when talking to his campaign manager for Senator it is she who he credits for success not himself.
3. Calm – in both positive and disappointing situations like losing the New Hampshire primary after winning Iowa and the knock backs in Ohio and Texas.
4. Empathises – even with a nine year old over the act of shaking hands.
5. Relaxed – his body movement is so natural it’s frightening and he’s not bad on a basketball court either!
6. Community organiser – always talking about a grassroots movement for change.
7. Clarity – Looks for simple, clear messages e.g. when talking about fuel and emissions standards when he highlights the simple win-win and of course Change. Yes We Can.
8. Inspires all ages – even a nine year old volunteers to make calls for him and an older voter is out on the street campaigning for the first time since Bobby Kennedy.
9. Personal –  asks everyone their name when meeting people on the street, recognising that names are one of the most personal things to everyone.
10. Nothing is impossible – Hillary Clinton’s 30 point lead in the national polls doesn’t deflect him.
11. Treats his opponents with respect – congratulates Clinton on Ohio and Texas, though sometimes uses light hearted humour to have a dig e.g. the “likeable” comment in connection with Clinton in the New Hampshire debate.
12. Truth – when he speaks his mind about race at the National Constitution Center even though he doesn’t know if it’s a good idea for the campaign.

And above all the process it is not about him. He is seeking an American victory and when successful in primaries the vote wasn’t about him it was about the people. “We are the ones we’ve been waiting for”.

Messrs Brown, Cameron and Clegg these are the qualities I want in a leader and I suspect many other people might too.