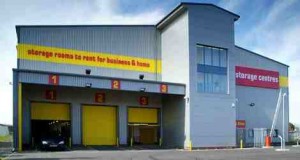 Stephen Waddington MD of the newly born (from the merger of Loewy’s PR firms) Speed Communications, posted yesterday about the recession and as he so clearly put it “bollocks to denial and despair”. I started writing a comment and then realised it was getting rather lengthy, so hence this post. I strongly advise you to read it first.

Firstly, and very importantly, I would strongly suspect that everyone so far in this conversation sympathises greatly with those who are suffering the “human” cost of the recession pointed out by Linda in the comments.

I also I agree with the point raised by Stephen Davies – we have got fat. The West has consumed and consumed, fed through a diet of credit financed by the East to feed its own desire for economic growth and facilitated by bankers’ personal greed. My personal favourite observation of this is the massive growth in storage centres. We have all bought so much “stuff” that we have to hire somewhere to store it! We are therefore going to have to have some degree of “pain” while we lose the weight.

It seems to me the key point of the post though is not whether the recession is causing/will cause suffering – unfortunately that is a given – but whether an attitude of despair or denial is likely to improve the situation?

In this regard I find myself agreeing with the quote that Bill highlights “we can have a depression if we really want one”. The problem is we haven’t had a recession with 24/7/365, always on, accessible from everywhere, fighting tooth and nail for attention, media coverage. The internet was literally in its infancy and mobile telephony and 100+ channel broadcasting were not widespread in 1990-92 so it was arguably easier to try and remain positive. In the face of such relentless negativity it is easy to see how people despair.

What we need is leadership. Leadership of the kind Barack Obama showed in his Inaugural address – things will be tough, hard work will be needed, but if we believe in ourselves we can achieve great things. For me the key distinction highlighted in the piece Linda links to is action. Making decisions, taking opportunities, changing, responding, not just accepting. This is what leadership is all about. We might make mistakes, but at least we tried to ride the wave of change, not let it wash over us.

Unfortunately Mr Obama is a bit of a one off. However in our own industry it seems to me that posts like these from Stephen are trying to show leadership by asking us all to focus on the positive. As an accountant, and therefore a bit of an outsider, I am inclined to think that the PR industry, as communications experts, has an opportunity to lead the way in trying to get a more positive conversation started.

2 thoughts on “What the world needs now…”